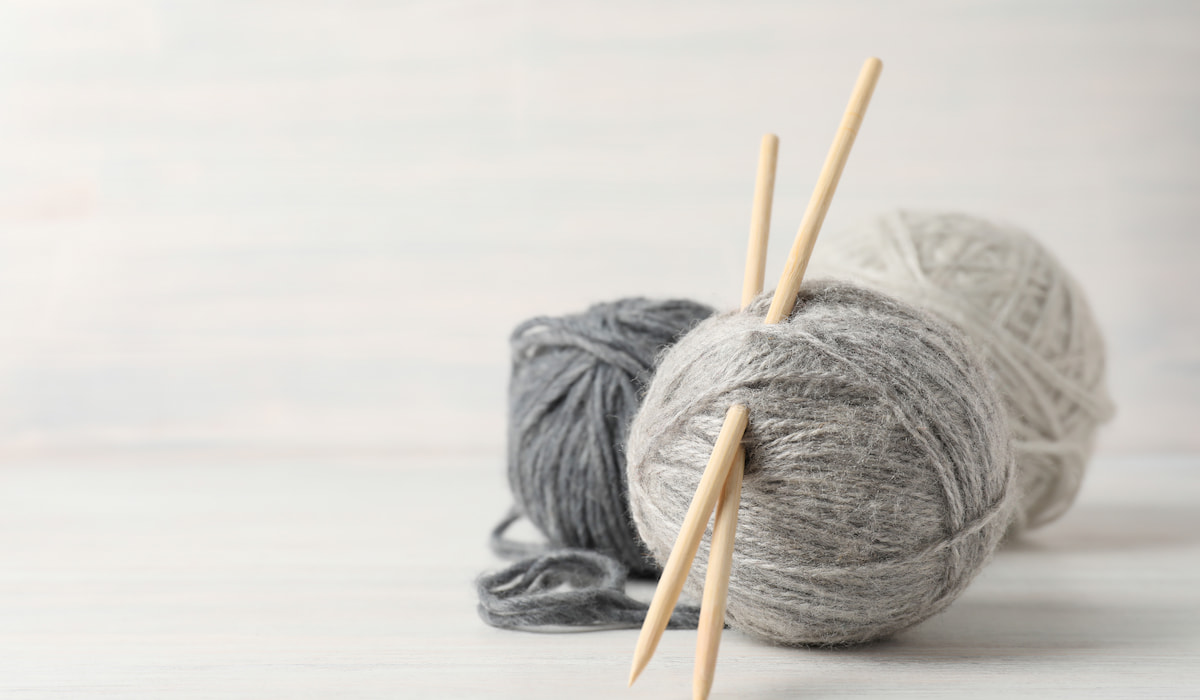 You probably took one long look at the cheap wooden chopsticks you got with your Chinese takeout and wondered, could I use this for crocheting? Holding one in each hand and pressing the points together trying to pick up food doesn’t work too well, but maybe I could use the same principle with my yarn?

A valid question. Chopsticks are long and slender, which makes them excellent for picking up small bits of food. So why couldn’t they be used to grasp small strings of yarn?

Can you crochet with chopsticks?

Well, unfortunately, no. But this conclusion can only be understood by looking at the function of chopsticks in the context of crocheting.

Origins and Functions of Chopsticks

Chopsticks have been used since 1200 B.C. by the Chinese. Originally, these long sticks were used to reach deep into a pot of boiling water and pull food out without burning your hands.

Around 400 A.D., there was a surge in population growth in Asia. Resources were scarce, and to feed their families, cooks had to find ways to reduce the costs of meals. They discovered that chopping food into little bite-sized pieces was perfect for lowering the cost of cooking oil and fuel, and they could use fewer resources to cook the food all the way through.

This created food portions that were the perfect size for chopsticks to grip with their tweezer-like design, and rendered forks and knives outmoded.

So, chopsticks are perfect for gripping small materials in between them. Doesn’t that play perfectly into crocheting? Well, read on, because now we’ve got to explain crocheting:

Crochet comes from the French word crochet, meaning “little hook.” That’s important and will tie in later, so remember!

Crochet is a method of weaving yarn into everything from doilies and beanies to blankets to pants! Its origins are hazy, but it has a solid relationship to an ancient Chinese method of embroidery known as tambour and is suspected to have begun from there.

“Crochet” was first seen in print in 1823 in a Dutch magazine called Penelope. This was the first use of the word and it was common from then on. Crochet then became known as yarn weaving using crochet hooks in Elizabeth Grant’s Memoirs of a Highland Lady, its first mention in England relating to clothing.

The most prominent hubs of crochet enthusiasm were in Belgium, Italy, and France. Different schools developed many methods, all claiming uniqueness and superiority, but the most well-known techniques were the filet, Irish, shuttle, Venetian, and Bruges methods.

During World War I, crocheting became scarce but was picked up enthusiastically from the 1940s to the 1970s, trending with bright-colored household objects such as doilies.

In present times, as you well know if you’re reading this, crocheting is making a name for itself once again as crocheted clothing such as sweaters, cardigans, and pants are becoming fashionable trends.

Crocheting in practice is essentially wrapping yarn around the hook’s pole, then creating a slipknot and using the hook to pull the yarn through to start again.

In summary, crochet is a wide range of techniques that encompass an intricate yarn weaving process with a small hook.

So, Can You Crochet With Chopsticks?

And there it is, the answer to your question: can you crochet with chopsticks? No, because as handy as chopsticks are, they do not have a hook.

A hooked pole is an essential tool for crocheting: it’s even in the name! (I told you that would be important!) It is necessary to grip the material as you pull it through the knots to ensure the yarn does not just slip off the end of the tool and into the abyss of your work.

Chopsticks, unfortunately, do not have this hook and therefore can not effectively grip your material, resulting in the yarn sliding off the stick and creating many mess-ups and frustrations.

It is also relevant to point out that crocheting is performed with one pole rather than two, so one of your beloved chopsticks would have to sit it out. It will not work simply because of the technique of crocheting.

However, all is not lost: don’t throw those little wooden chopsticks away just yet! Although you cannot use these utensils for crochet, you can use them for knitting!

Knitting with chopsticks can either be out of necessity– you need inexpensive knitting tools, or you can’t find any knitting tools in your location– or just as a fun way to switch up your knitting practice!

They are ultimately more challenging than knitting needles, so for all of you who love a challenge, this is for you!

Knitting needles’ bodies are the same diameter throughout (except for the point, of course). This ensures an even knit across the whole needle.

Chopsticks are not the same diameter and get bigger the farther up you go to ensure a good grip for your hands when eating. This may lead to small differences in the size of your knit as you go along, which may lead to big holes later on, so only use chopsticks if your project does not demand strict consistency.

Knitting needles are smooth, while chopsticks, which are made of wood, can have splinters, which could snag your yarn. If using chopsticks, opt for metal or ceramic ones that will ensure a smooth knit. So… maybe throw those cheap wood ones away after all.

Still not scared away? Good! Here’s how you can knit with those beloved chopsticks of yours:

First, you need to sharpen the ends. Knitting needles have pointed ends like stakes, and you will need to carve your chopstick ends to look the same to pierce through the small holes and stitch correctly.

This might be too much work. However, if you’ve made it to this point and doing a fun project with your own crafted knitting needles sounds fun, go for it!

Next, if using wooden chopsticks, sand the sides to ensure no splinters snag on your special project and coat them in some varnish to fill any holes in the wood.

Sorry to disappoint, but the great crocheting method just will not allow for chopstick use. The techniques developed hundreds of years ago require a single tool hooking yarn into a weave.

However, I hope I was able to give you some, well, hope, for your chopsticks, and maybe you can give chopstick knitting a try! 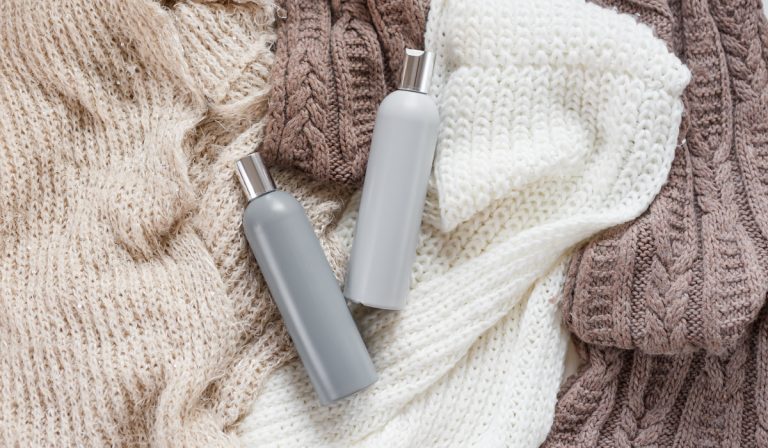 Almost all types of garments experience some form of shrinkage over time. Knowing this, you might be wondering if garments that are crocheted shrink, too. You’ll definitely want to know before throwing that beautiful new sweater in the dryer. Does crochet shrink? Crochet does shrink for various reasons. It can shrink because of the fiber… 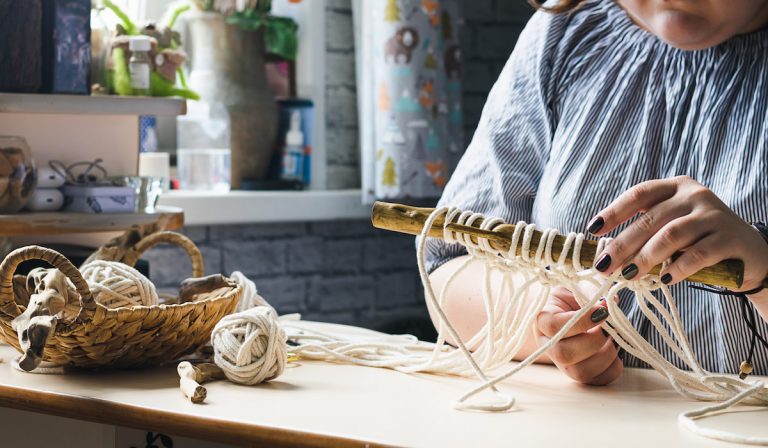 Macramé and crochet are both fiber arts that create decorative pieces for both indoor and outdoor use. These pieces can be worn as clothing, especially when made with crochet. They can also be used for interior designing and craft making. The finished products of macramé and crochet look very similar and are sometimes used interchangeably. … 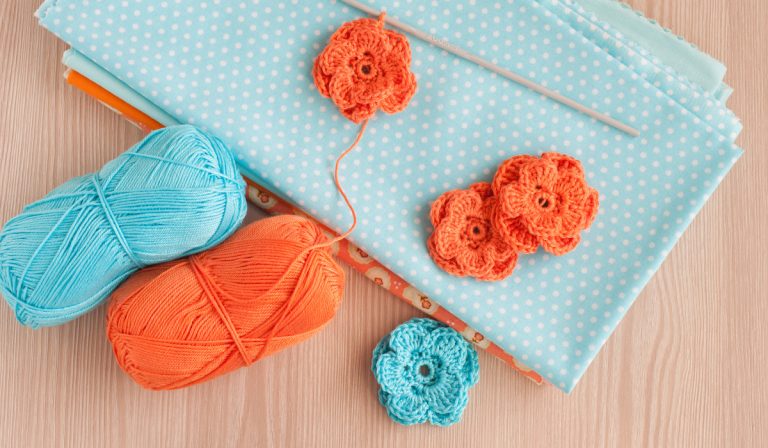 Like knitting, crocheting is a handcraft that requires specific handheld tools. But have you ever wondered if you could crochet with a machine? Can crochet be done by a machine? Crochet cannot be done with machines. You could possibly create a crochet chain stitch with a machine by using one of the needles, but that… 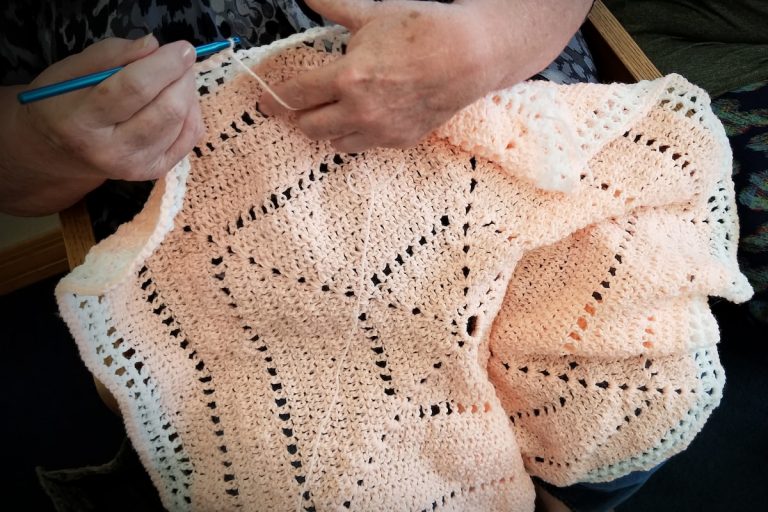 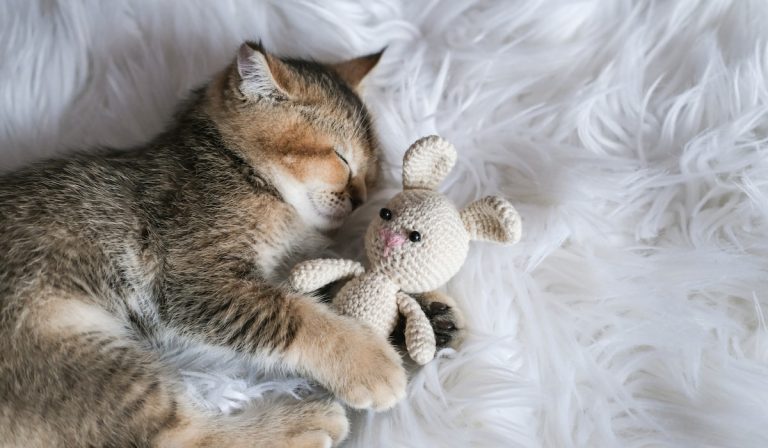 If you are a dedicated cat owner, chances are, you want to provide the best things in this world for your lovely feline, including their toys. When you are on the hunt for the best cat toys, there are a myriad of different toys on the market, all made from different kinds of materials. The… 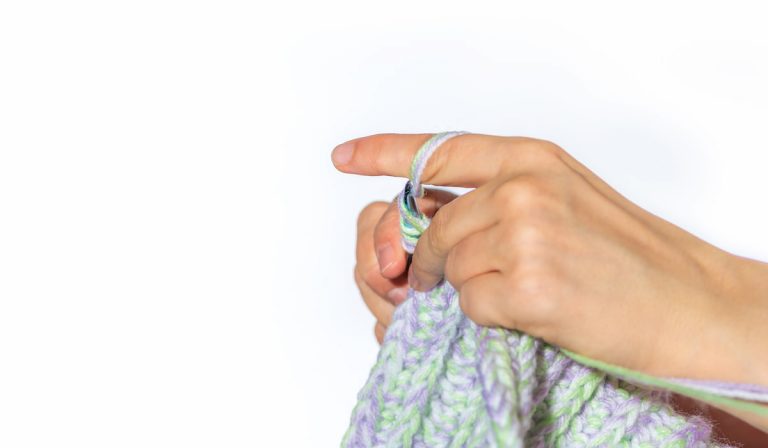 Beyond the fact that crochet involves a hook and knitting involves two needles, both fiber crafts typically create different stitches. Of course, since their stitches are different, crochets and knits ordinarily do not look the same. But if you want, you can make crochet look like knitting. Now, you might be wondering how to make…

No comments to show.